While several pictures from the sets have made their way on the internet, Sara had taken to social media earlier in the day to share an adorable picture with Varun and captioned it as “Cool and Coolie💁🏻‍♀️🙆🏽‍♂️🧳👜👫🌈”

Now, Varun has shared the same picture by giving Sara’s caption a twist of his own. He wrote, “He’s a COOL 😎ie बहुत काम कराती हैं yeh Sara Ra” and this caught the attention of the young starlet who instantly commented on the picture accusing Varun of stealing her captions. 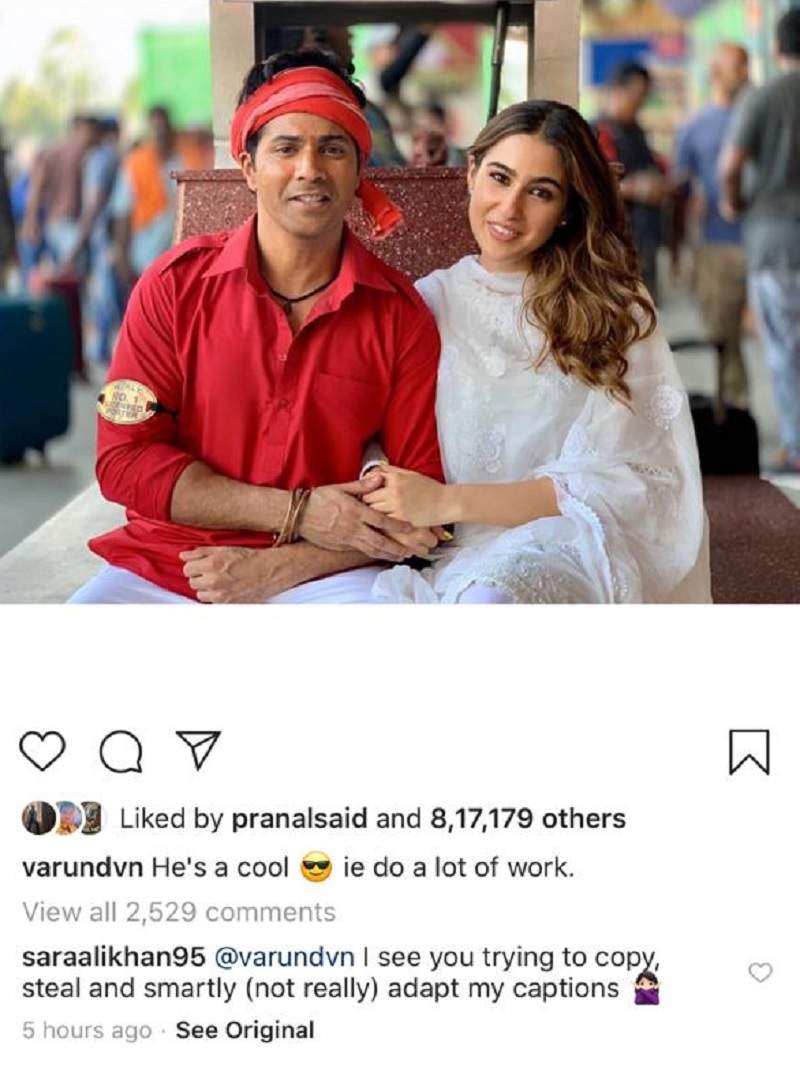 The film which also features

and Sahil Vaid in significant roles is slated to release on 1 May 2020. While the original one featured Govinda and

in the lead role, Varun and Sara’s camaraderie on social media a delight for all their fans.