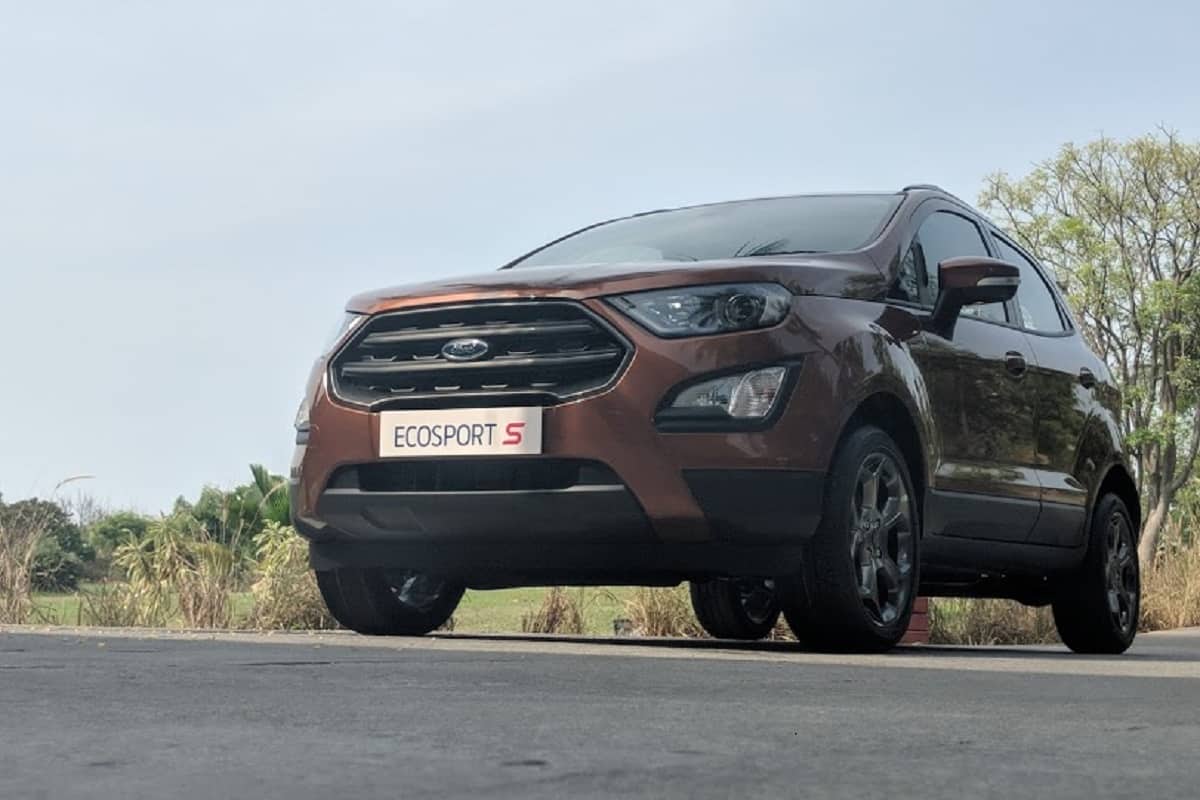 Ford India has pulled the plug of the EcoSport 1.0L EcoBoost variant as it doesn’t comply with the BS6 emission standards. Dealers have already stopped taking bookings for the specific model and it will also be de-listed from the lineup in a couple days. Read: 2021 Ford EcoSport – Top 5 Changes

Available only in a single S trim, the 1.0L EcoBoost engine produces power worth 125PS against 170Nm of torque. The Ford EcoSport EcoBoost was priced at Rs 10.95 lakh, thus making it Rs 95,000 more expensive than the top-spec Titanium+ trim. The latter one comes with a 1.5L Dragon petrol engine paired to a manual gearbox.

The American carmaker might re-introduce the EcoBoost badge on the EcoSport lineup by using the Mahindra XUV300’s 1.2L T-GDI motor. Though, the company hasn’t yet said anything officially about it. The XUV300 petrol, paired to a 6-speed manual gearbox, returns a claimed power of 110PS and 200Nm of torque.

The Ford EcoSport also comes with 1.5L, 3-cylinder petrol and 1.5L, 4-cylinder diesel engine options. While the former makes a top power of 99bhp with 205Nm of torque, the latter delivers 120bhp with 150Nm. Both motors get a 5-speed manual gearbox. A 6-speed automatic transmission is reserved for the petrol engine. Read – 2020 Ford Endeavour To Get 2.0L Single Turbo Diesel Engine In March

Prices of the Ford EcoSport start from Rs 7.91 lakh for the entry-level 1.5 petrol Ambiente variant and go up to Rs 11.45 lakh for the range-topping 1.5L diesel S trim.