Mobvoi has redesigned and refined the TicPods 2 Pro to offer a better overall experience while separating its truly wireless earbuds into two distinct price-points.

With two models to choose from, the TicPods 2 Pro manage to include a rich suite of extra features such as advanced voice controls, some interesting new gesture controls as well as dual-mic noise cancellation for calls — and that adds a few extra dollars to the price-tag.

On top of that, there are some much-needed hardware changes that make them far more enticing than the original model. But with more competition than previously, are they still the go-to AirPods alternative for those with an Android smartphone?

Whereas the original TicPods felt very much like Mobvoi paying homage to the original Apple AirPods — with the added bonus of silicone tips — the TicPods 2 Pro share far more in common and actually skirt a fine line between copycat and plain rip-off. The design similarities are always going to be drawn due to the stem design but the shape of the crown of each earbud is very similar. 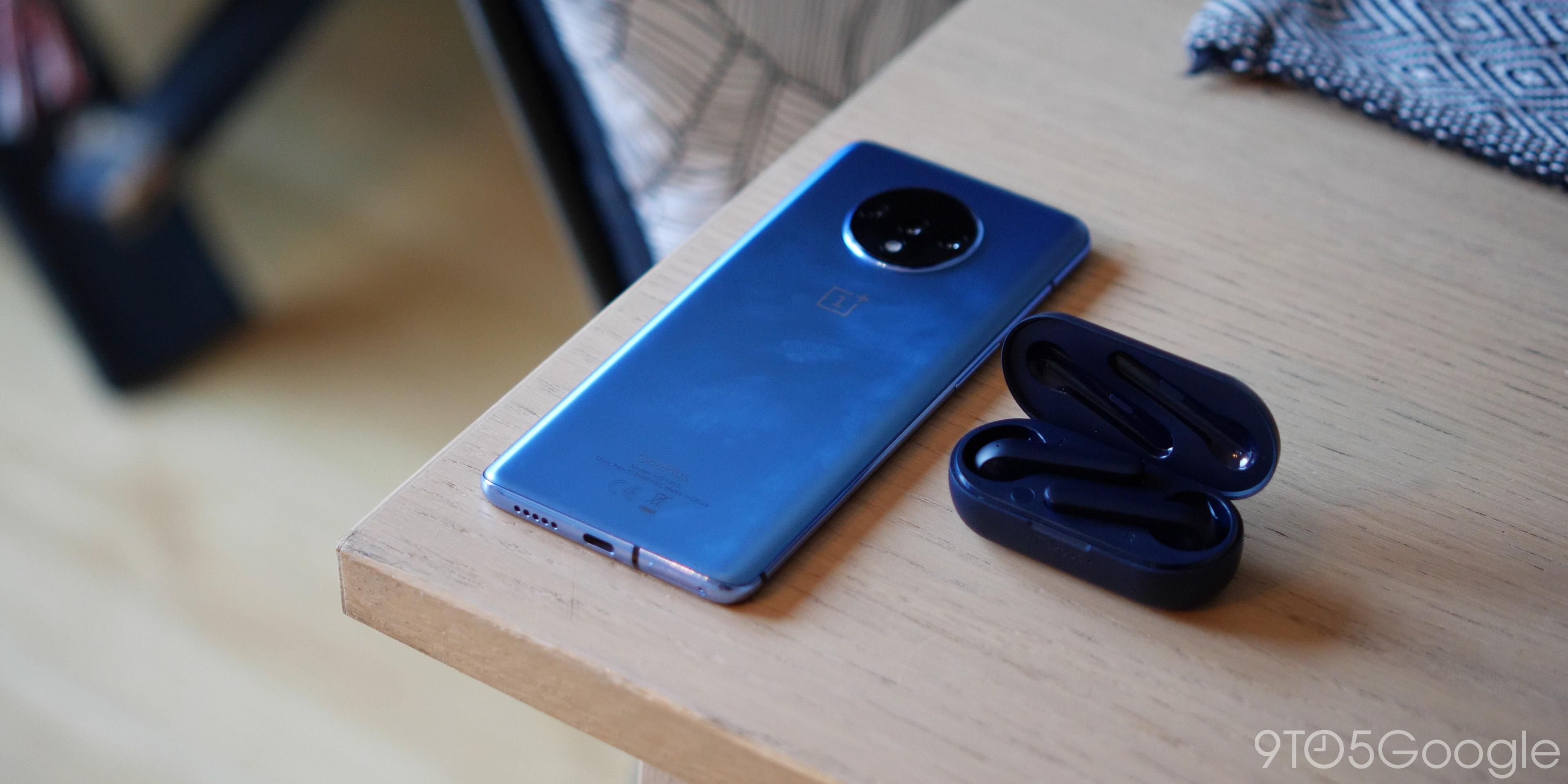 Similarities aside, Mobvoi has managed to really cut down the overall size of the TicPods 2 Pro. They are far more compact without making any major sacrifices. They are not what I would call light but nor are they heavy or cumbersome. The new case is also far more compact but it also manages to retain the nice tactile ridges on the top of the casing to help give more grip — plus it just feels great running your fingers along. But because it is made of plastic, the case still doesn’t feel the most premium.

I’m really digging the Navy color too. While white earbuds catch the eye, deeper colors can hide wear and tear a little better. If you prefer, you can pick them up in a white-like “Ice” and also pinkish “Blossom.” These colors really do help the TicPods 2 Pro stand out from the growing crowd of AirPod replicas, so I’m glad they decided to keep a few flashes of color to differentiate. 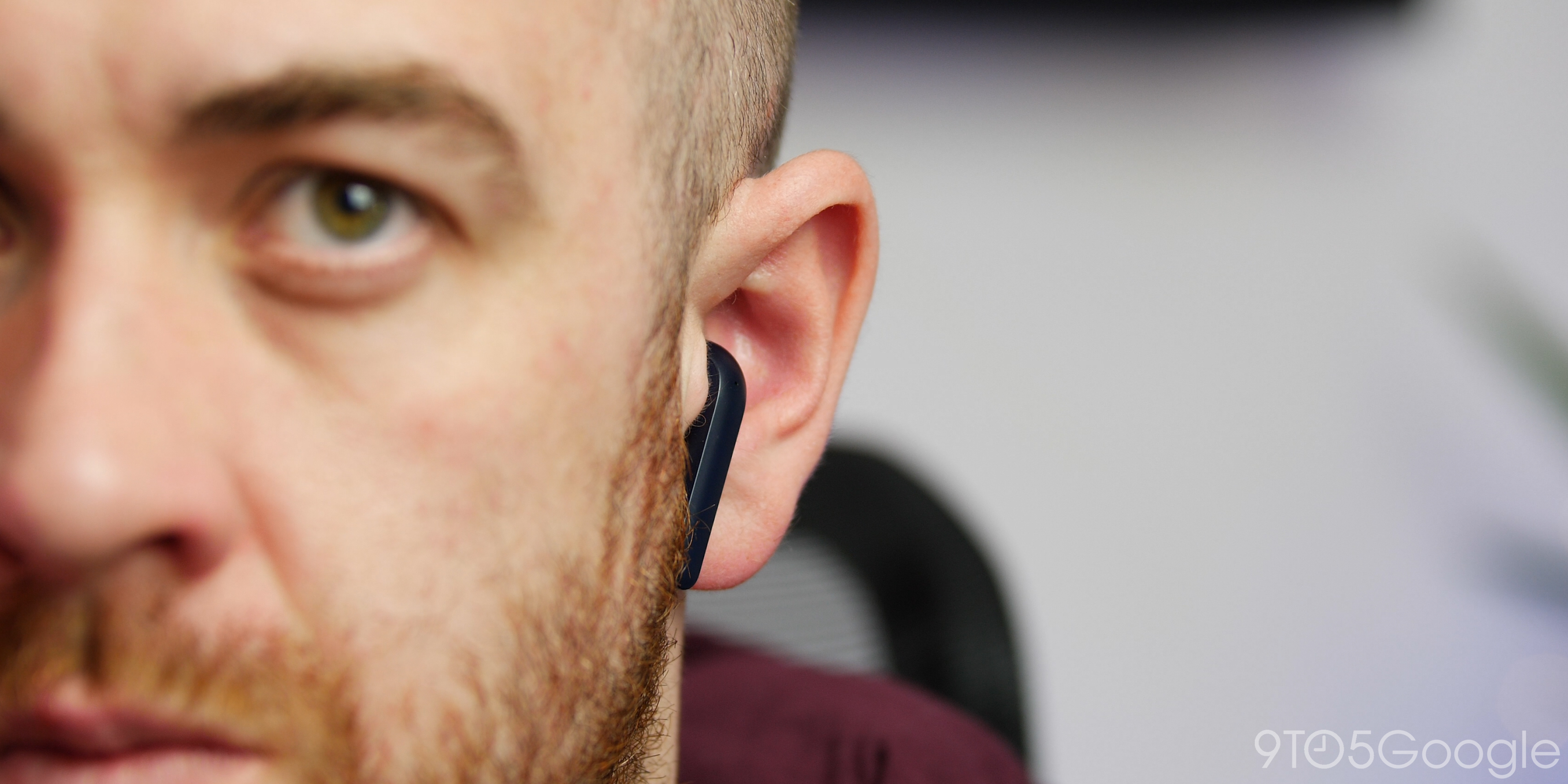 By removing the silicone tip and reducing the weight slightly on the TicPods 2 Pro, Mobvoi has managed to make the follow-up — surprisingly — slightly more comfortable. That said, this updated design does mean that it’s slightly harder to get proper sound isolation but I have found the updated TicPods far more platable for long sessions of wear.

With that in mind, they are surprisingly secure once fitted. Naturally, your mileage may vary depending on your ear size and shape but I have found the stems help stabilize the earbuds in your ear canal — even during exercise. A very hard shake of your head will dislodge them if not seated fully in your ear. 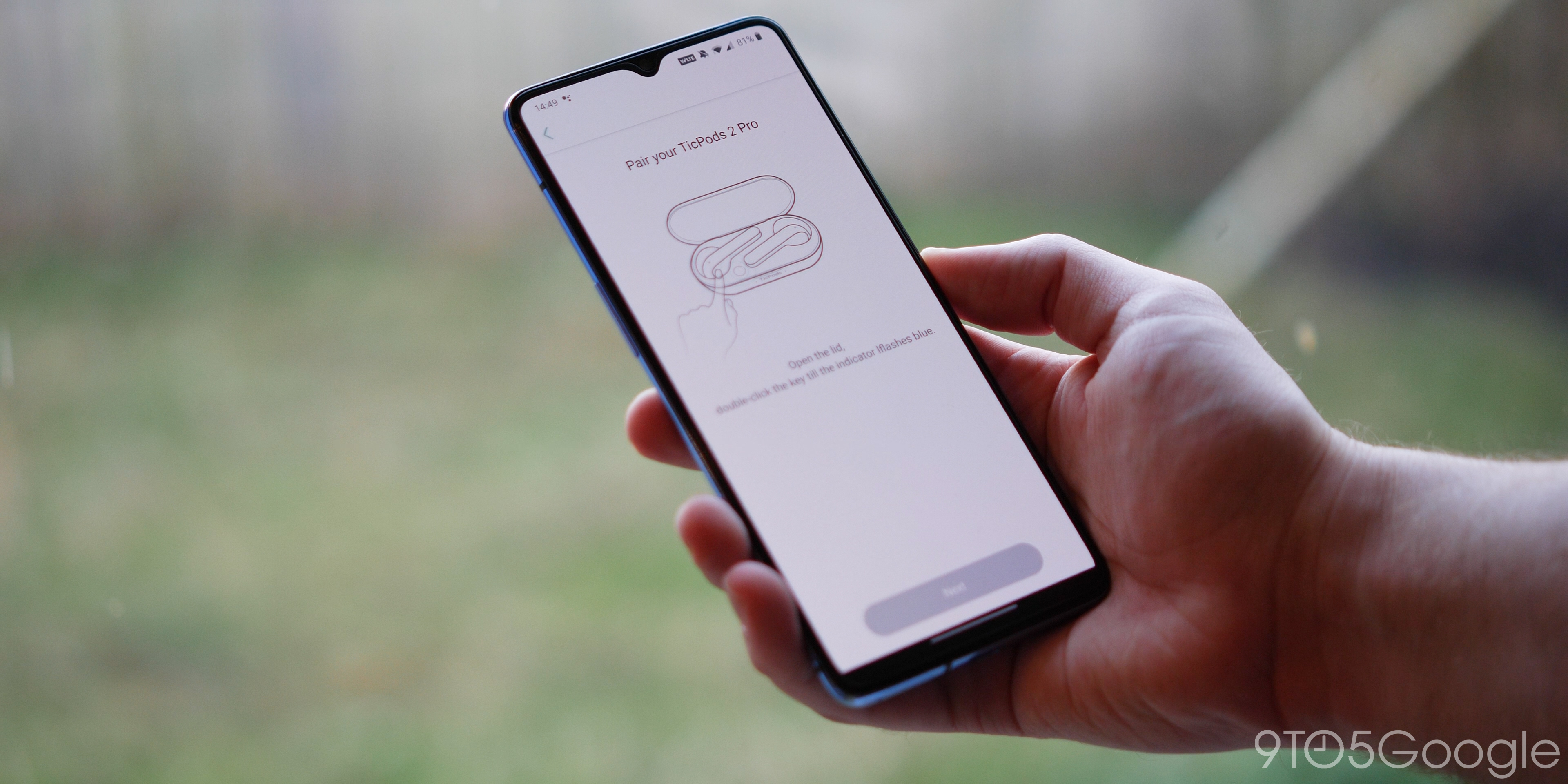 I am a huge fan of the short noise that plays when placing an earbud into your ear once paired. It’s like an extra reassurance that you have paired with your smartphone but without being piercing or annoying. 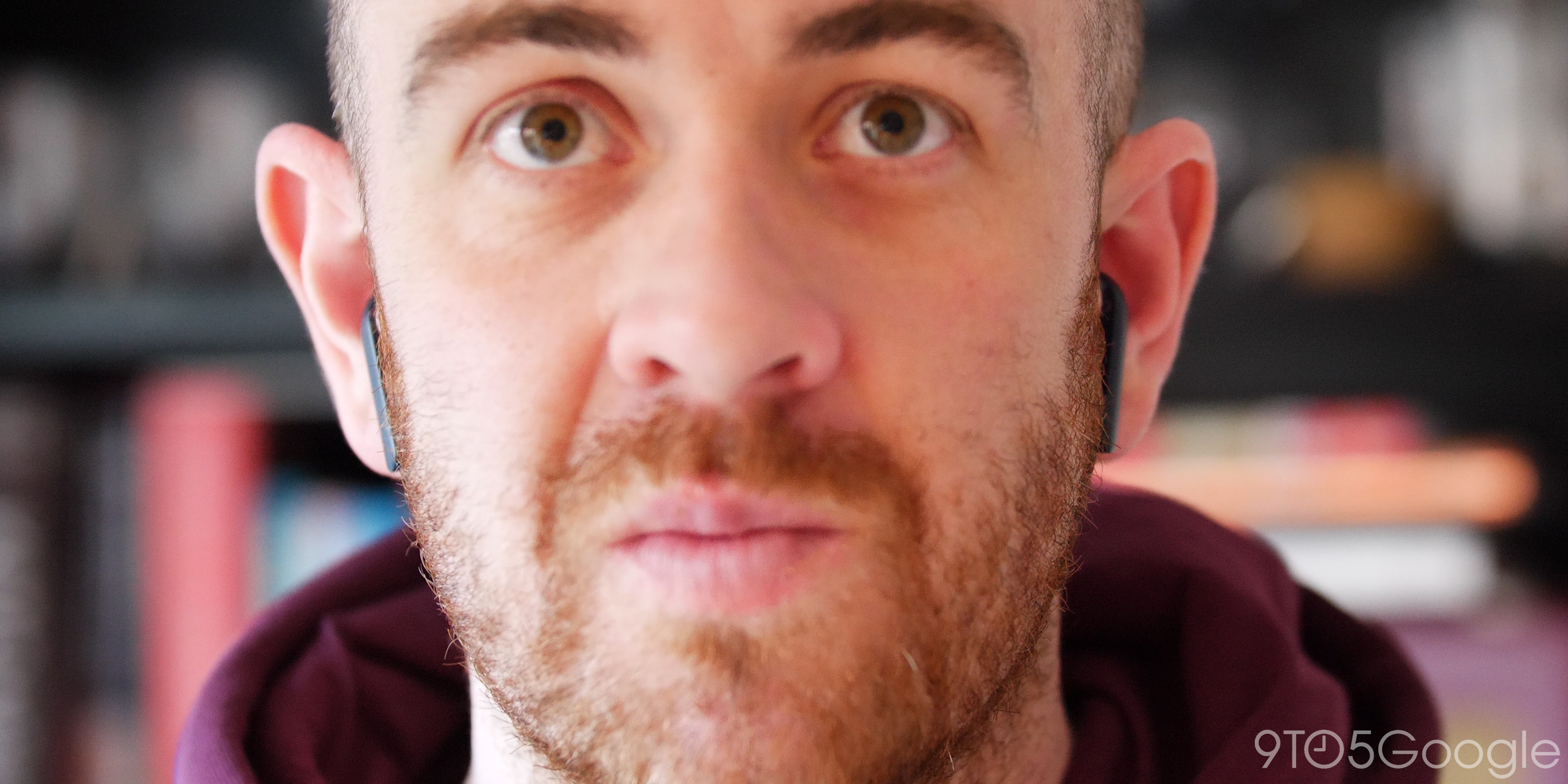 Owed to the new internals and 13mm drivers, the sound quality feels a step up but sound isolation is far harder to achieve because no silicon tip means no seal when placed in your ear. I must admit that I have heard far better earbuds over the past few months.

By no means is the audio quality bad, it just feels a step behind the competition at the same price point. Once I managed to get a good fit in my ear, the overall sound profile is quite flat — albeit even in most areas. However, that is until you link with the Mobvoi app and choose to enable aptXHD audio.

That said, even with this enabled the soundstage can be a little shallow and bass is subdued compared to other wireless earbuds in the same price bracket but the overall experience is pleasant. Most tracks feel “clean” and although lightweight, I haven’t felt wanting too much at higher volumes.

The TicPods 2 Pro are not likely to offer the best experience for your favorite tracks but I think they do well enough in almost all genres and even spoken-word. I find that the core audio experience is clean and concise.

We need to make a quick note about noise cancellation, as this is only available when placing or taking calls. That might be a dealbreaker to some of you out there, and it’s quite confusing that “dual-mic noise cancellation” is touted on the box art for the TicPods 2 Pro.

When on calls, the effect is surprisingly noticeable. Background audio will dip enough to make your phone calls a bit clearer but don’t expect to have everything blocked out. It’s disappointing that the feature is not available with regularly listening but maybe it can be added with a software update. 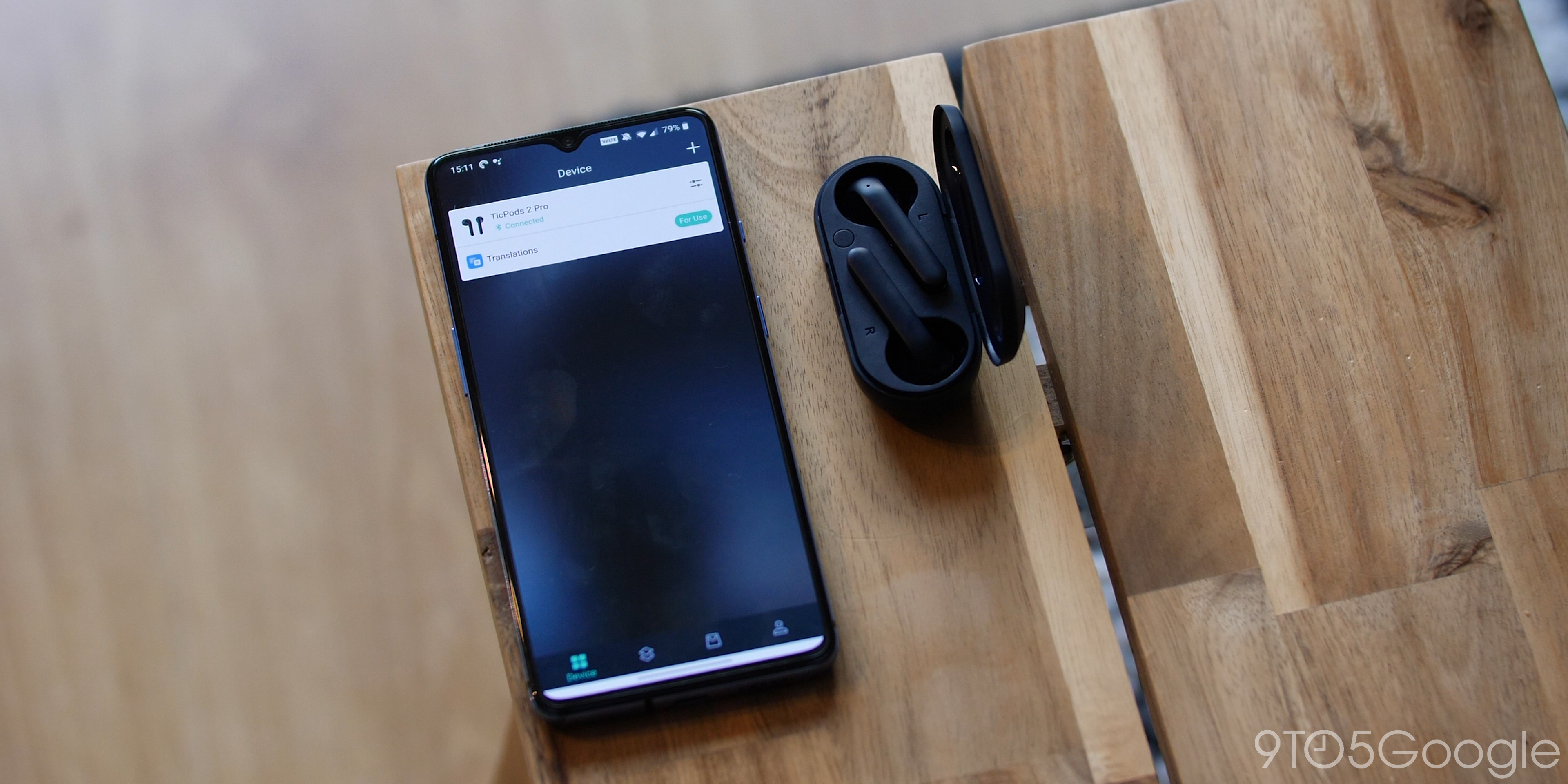 The neat stem controls for sliding your finger up and down have returned, giving you the ability to just slide a finger up or down to adjust audio volume. In practice, it’s one of the best implementations of this touch control gesture — and one that I have genuinely missed when switching between earbuds.

You can simply just use the Google Assistant, Siri, or Alexa for truly hands-free listening. Mobvoi also includes it’s own wake phrase: “Hey Tico” but I found it didn’t work all too well. Again, you’re better off using the Google Assistant either by using your usual wake phrase or tapping and holding the touchpad for two seconds.

The app also includes live translation, which I was excited to try out but I simply couldn’t get it to work even after updating the TicPods 2 Pro firmware. It would have been nice to have this feature when traveling but maybe a future update will fix the current issues.

Mobvoi also touts the head gesture controls but I have to say they are pretty poor in practice. Shaking or nodding your head to reject or accept incoming calls sounds good but in reality, it’s far easier to double-tap the side of your headphone or simply grab your phone. It’s a nice idea but one that feels a little bit convoluted in practice — plus it looks weird in public! 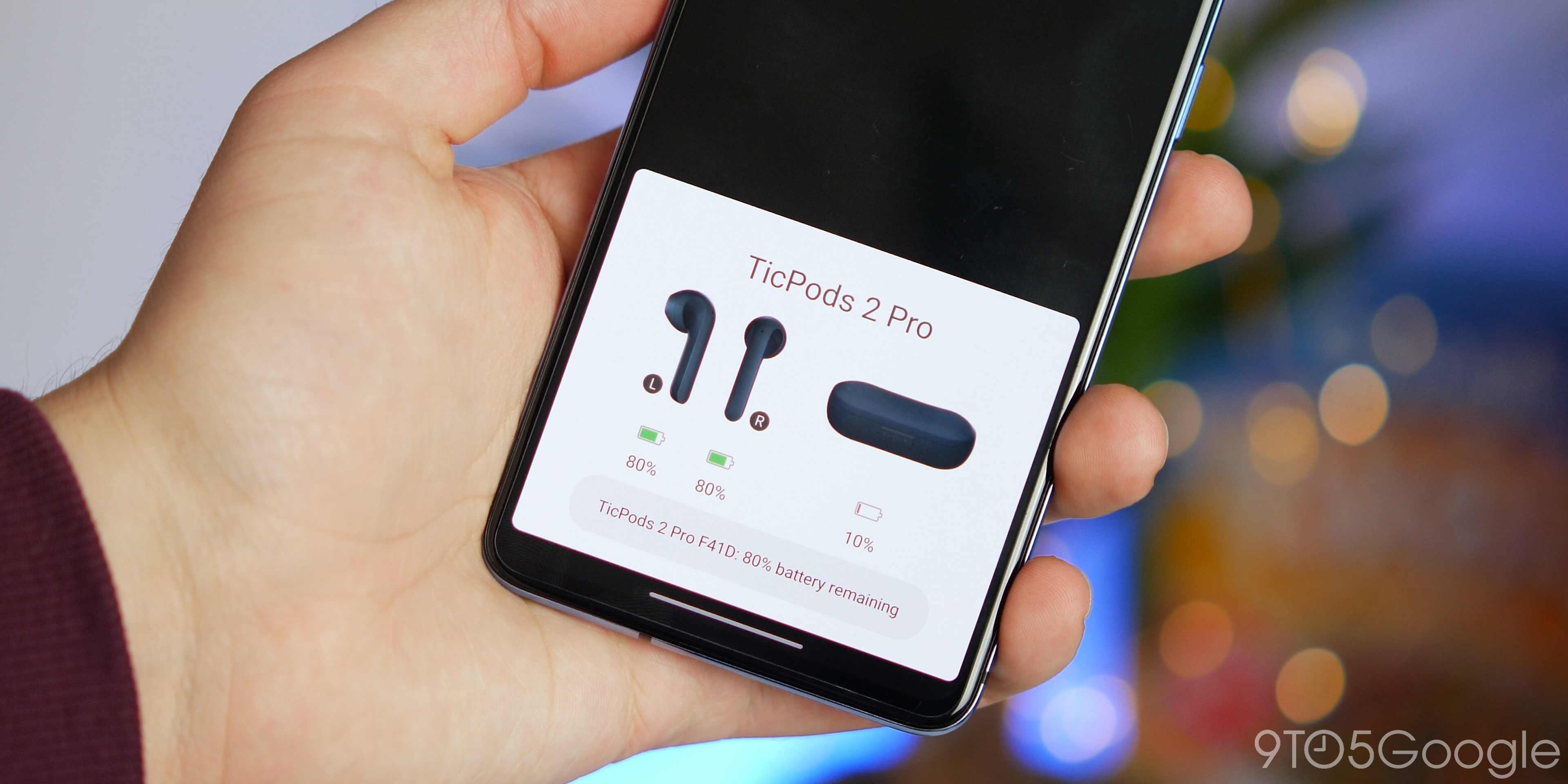 The battery life on the original TicPods managed to be pretty solid. Luckily, the TicPods 2 Pro exceeds the originals quite comfortably. In my experience, the lifespan comfortably exceeds the 15 hours I managed on the TicPods Free. 18 or so hours has been par for the course, with the earbuds themselves managing around 3 hours of solid listening before needing to take a charge.

One of the biggest improvements is, of course, the smaller carry case. The case also now includes a USB-C charge port that also supports fast charging. To top up you will need to use a USB-A to USB-C cable though. For some strange reason, the case will not take a charge if you use the Pixel charge brick and cable for instance — I have no idea why.

Now while the inclusion of USB-C is nice, the finicky nature of it is disappointing if you just want to use one charge brick. Another annoyance is the lack of wireless charging — especially when similarly priced earbuds include it.

While the new gestures are a bit gimmicky, the overall experience with TicPods 2 Pro is pretty good. The smaller case, solid battery life, and sound quality are good. The shape and design mean that the TicPods 2 and 2 Pro will fit a far wider range of people and are great if you want a decent level of awareness of your surroundings.

The follow-up to the TicPods Free manages to remain a solid AirPods alternative that lasts a decent length of time, pack in some decent features and overall are priced reasonably competitively.

Where can I get the TicPods 2 Pro?

You can pick up the TicPods 2 Pro from Amazon or direct from Mobvoi for $139.